Blessed is the man who walks not in the counsel of the wicked, nor stands in the way of sinners, nor sits in the seat of scoffers; but his delight is in the law of the Lord, and on his law he meditates day and night. He is like a tree planted by streams of water that yields its fruit in its season, and its leaf does not wither. In all that he does, he prospers. (Psalm 1:1-3)

What’s at the intersection of Judaism, politics and spirituality? It’s a literary niche being carved out by up-and-coming author Jesse Bogner, a student of leading international authority on Kabbalah (Jewish mysticism) Michael Laitman.

Bogner left New York City for Israel in 2013 to study under Laitman at the Bnei Baruch Kabbalah Education and Research Institute, which calls itself the world’s largest group of Kabbalists. During his time at Bnei Baruch, Bogner authored The Egotist, his spiritual memoir and social critique.

His second book, Tikkunim (Corrections), published in January 2018, is a compilation of Bogner’s political commentary. He is currently writing his first novel, and his op-eds regularly appear in The Daily Caller, The Huffington Post, The Jerusalem Post and The Times of Israel.

Bogner, 30, who lives in Petach Tikva, identifies his work as “spiritual action writing.”

“When people look for political answers to the problems that the world presents to us, they find that neither side really has a clear solution,” he tells JNS. “The reason for that is we’ve lost touch with the spiritual root of our problems, which is a fundamental lack of relationships between people and the core connection we have—the opportunity to resolve problems by overcoming our differences. It might sound like some sort of a ‘kumbaya,’ hippy concept, but it’s really the basis for Judaism—that every person has an essence or spirit, a part of God inside them, and if you’re able to do kind things for others then you’re loving God and awakening a higher reality.”

Trump: ‘Someone who speaks his mind’

Another theme in Bogner’s writing is what he calls the use of a “rational mind to show the world is no longer rational.” His analysis for The Daily Caller on the Women’s March, for instance, argues that the activists behind the march fight to cure problems that no longer exist. Bogner is a liberal-turned-conservative whose shift occurred upon the election of U.S. President Donald Trump.

“Nobody is critical of Trump’s policies,” he says. “They’re critical of things that he said or might have said. I think it’s really that people are so disgusted at his personality, the kind of polite liberal society is so fundamentally opposed to someone who speaks his mind and is being open.”

Bogner cites Trump’s attitude towards trade and landmark decisions on Israel, such as moving the U.S. embassy to Jerusalem, as examples of rational policymaking.

“I’ve been waiting for a politician to be rational about Israel for so long, and Trump is kind of the first leader who’s fully embraced Israel in that way,” says Bogner.

The author observes people on the right talking about the spiritual root of political and social problems, but on the left, he says, “I don’t really see it at all.” 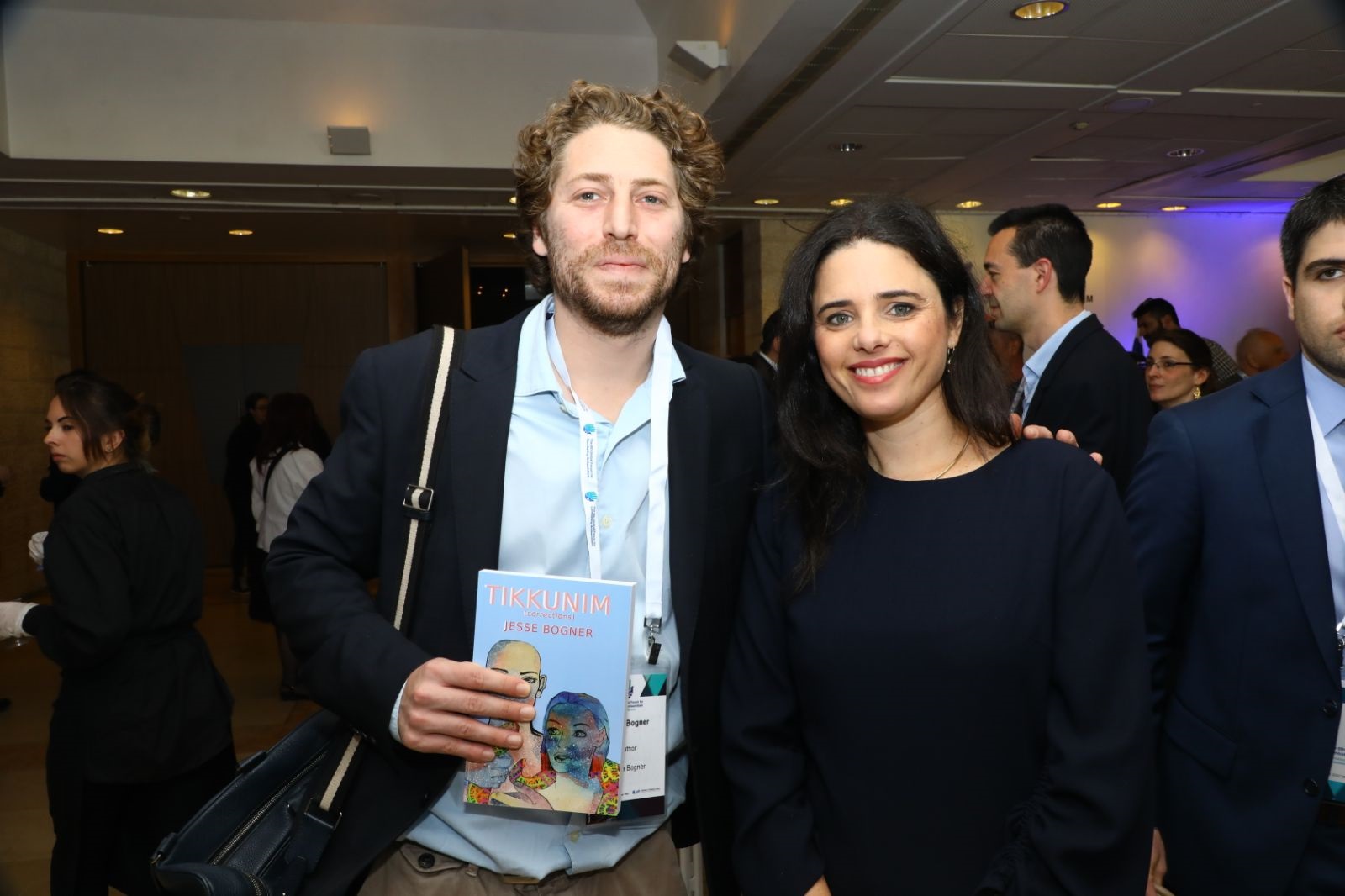 “When you see terrorism, school shootings, tragedies and racial divisions in America, the liberal answers to these things don’t really seem to address the root of the problem,” he explains. “Their solution seems to be that if you were to get rid of guns or change your vocabulary, that suddenly becomes how you solve it. It’s this binary way of looking at the world, where the left says, ‘If you don’t agree with us, you’re a racist,’ and when the right doesn’t agree with something, they say you’re a Godless person. People from different backgrounds need to get together and start embracing different points of view.”

‘The crisis the world is going through’

Bogner says he was “the typical secular American Jew” coming from a wealthy background in New York before Kabbalah changed his life.

“I would party a lot, do a lot of drugs. I was more interested in status and having a good time. I saw myself as someone who would be sort of a literary icon, even though it was largely in my own mind,” says Bogner, who graduated from Bard College with a degree in creative writing.

“I got to a point where I was feeling a profound emptiness, and everything in my life that had a lot of promise seemed to be falling apart,” he adds.

While Bogner was in between jobs, his father asked him if he could edit a book Laitman wrote about the Kabbalistic meaning of anti-Semitism. Later, Laitman surprised Bogner with a new proposition: move to Israel and write a book. Bogner joined the Bnei Baruch institute and started writing The Egotist, which was ultimately published by Laitman Kabbalah Publishers.

Laitman says Bogner “truly wants to explore the authentic wisdom of Kabbalah” and “to find the essence and purpose of life—to understand why we live and what is our role in life, and how it relates to humanity’s past, present and future.”

“While he takes a general interest in all of the above, he also zooms in on how people live today and the behavioral psychology of his millennial generation,” Laitman tells JNS. “So he has a very wide range of interests, and I truly enjoy watching him develop.”

Bogner’s forthcoming book, whose working title is “Gates of Impurity,” is a Kabbalah-infused novel in which the surviving Jews of the Middle East live on Shadwan, a landfill off the coast of Egypt, after being ruled by warring Islamic powers for decades.

Laitman says Bogner’s work is unique and impactful due to the author’s exploration of “politics, economics, culture and education, in light of the crisis the world is going through—spiritually, economically and socially. I appreciate his true interest in that, and I’m looking forward to seeing how this special young man continues to grow here among us.”